Judging books by their covers

Or at least, judging book covers.

When I first started wondering about self-publishing my stories, one of the things I did was look at a lot of book covers to try and work out what factors made the difference between something ‘professional’ and something ‘homemade’. I put those in quotes because actually I have no way of knowing which self-published authors paid a professional to produce their cover and which didn’t. I can only tell which ones scream ‘self-published’ and which don’t. What struck me most was the importance of the font, colour and placement of the text.

Look at this cover, for instance: 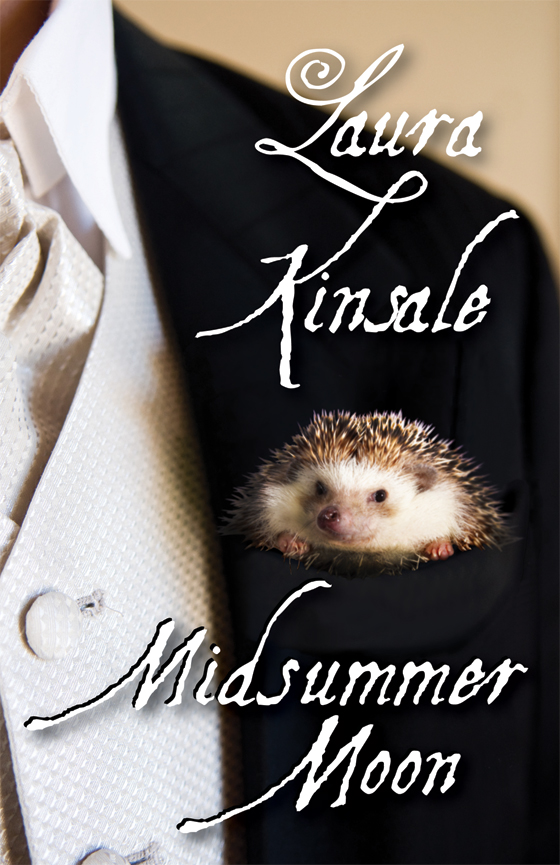 What struck me most was the importance of the font, colour and placement of the text.

I love Laura Kinsale’s books and I know from what I’ve read online that she has hired a professional cover artist for these digital releases of her backlist. But this cover instantly reads as self-published to me. The idea for the cover is adorable, with the little hedgehog in the guy’s breast pocket. I think there are some issues with the photoshop work on the hedgehog and the outline of the jacket, but for me the biggest issue by far is the text:
i) The same font is used for author name and book title, in the same colour and at the same size.
ii) It’s a dreadful font.
iii) The inconsistent shadowing on the font – compare the shadow on ‘Laura’ with that on ‘Midsummer’.
iv) The kerning is really weird – Moon is right up next to Midsummer, while Kinsale is miles away from Laura.
v) The alignment is also weird, neither centred nor justified. Look at the right hand edge of the text – none of the four words line up.

Sorry, Laura. If it’s any consolation, I’ve bought the book anyway. And the thing is, your brand is so well-established that your covers probably don’t make much difference at all to your sales, which is why I’ve used yours as an example rather than a struggling self-pub newbie.

Let’s compare that with a traditionally published cover:

The cover image isn’t nearly as interesting or fun as that for Midsummer Moon, but it’s fine. I like how the sky becomes the background for the whole cover. The point I’m trying to make, though, is that it is immediately obvious that this is a traditionally published book cover. The focus is all on the writing, so let’s look at what makes this work so much better:
i) The same font is used for name and title, in the same colour, but the name is quite a lot smaller so the two are easily distinguished. Also, because there is other text on the cover, it makes sense to keep the total number of fonts to a minimum.
ii) It’s not my favourite font, but it looks professional and is suitable for the genre.
iii) There’s some nice simple shadowing on the font – not enough to draw attention to itself but just enough to make the letters stand out.
iv) The title is nicely spaced with ‘The’ tucked in below the top risers of Hidden.
v) It’s all properly centred.

None of those are things that are difficult to get right but they make a huge difference to the overall appearance of the cover. So here are my ten top tips for book cover text:
1. No more than two fonts in total;
2. Fonts must be readable – this is an issue of colour and size as well as font choice. Have a look at dafont.com for lots of free downloadable fonts;
3. Author name and book title should be distinguished from each other by at least one of size/colour/font;
4. Don’t have big vertical spaces between lines of text;
5. Don’t have ‘flat’ text – it’s almost always better to add some shadow, bevel, gradient or glow;
6. Don’t have too much shadow, bevel, gradient or glow – keep it subtle;
7. Align your text – centre, left or right are all okay;
8. Think about how your text relates to the background – try not to have it spanning very light and dark areas. Text will stand out better on plainer backgrounds;
9. Consider ‘branding’ your books by font. You can use different colours and layouts with different background images for each book, but if you use the same fonts, readers will be able to identify your books as yours;
10. Do not, under ANY circumstances, use Comic Sans.

This has got longer than I expected so I’ll do a separate post on specific things to think about for ebook covers.

tagged with covers, how to